William Byas Gibson came to California from Missouri in 1850. He was 19 years old. In 1857 he bought 320 acres of land right which included the current 2.5 acre park. He married Mary Isabelle Cook two days before Christmas in 1857.

In the next few years, they had three sons: Robert, Thomas, and Joseph. The house, a 16' x 20' structure, became too small for their growing family. They added on two large parlors on the first floor and a second story with four bedrooms all completed in 1877. Later on, a kitchen, pantry, and a dining room for the farm workers was added.

By 1891, the Gibson farm had grown to 2,400 acres. William raised pigs, horses, mules, and cattle in addition to growing grain and hay. The farmhouse was surrounded by many outbuildings: a root cellar, a cook’s house, a tan house for water storage, a workshop, a smokehouse, and a bunk house for their hired workers. All of the buildings helped to make the farm self-sustaining.

William and Mary Gibson lived out their lives in the mansion and surrounding property. 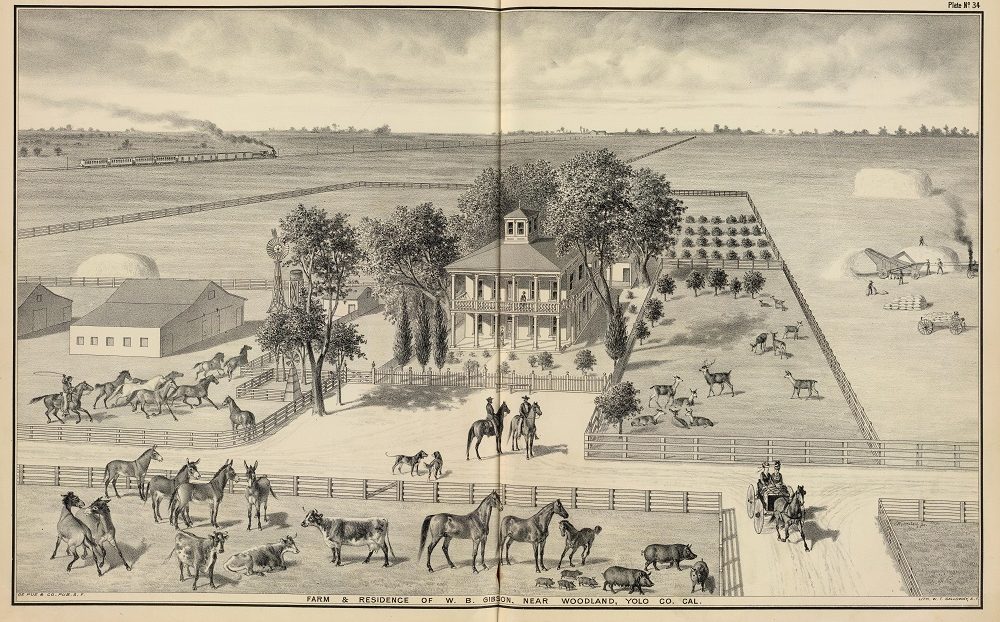